The Woodman (To be confirmed Gainsborough original) 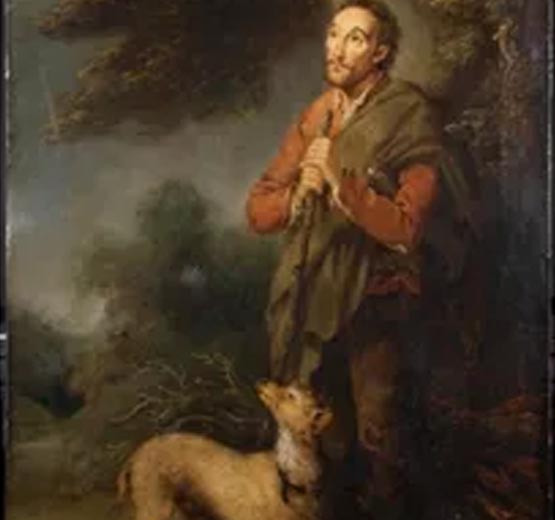 Go Back
No items found.

Thomas Gainsborough (1727-1788) was an English portrait and landscape painter, draughtsman, and printmaker. Both in his day and after, Thomas Gainsborough has been widely acclaimed as one of the greatest artists of the 18th century. Often known for his distinctive portraiture of the mercantile and upper classes, Gainsborough was the first important British artist to consistently paint landscapes, helping to establish the genre of landscape painting in England. Throughout the 18th century, landscape painting was considered a low lying branch of art. However, Gainsborough was innovative in the way he often fused genres of lanscapes and portraiture within a single composition.

The art historian Michael Rosenthal described Gainsborough as "one of the most technically proficient and, at the same time, most experimental artists of his time". [REF:2] He was noted for the speed with which he applied paint, and he worked on more from observations of nature (and of human nature) than from applications of formal academic rules. The poetic sensibility of his sensibility caused Constable to say, "On looking at them, we find tears in our eyes and don't know what brings them."

Taking advantage of the innovative techniques in fusing genres, The Woodman would become one of the most treasured works painted by the hand of Thomas Gainsborough, a work that blended Gainsborough's mastership in landscape painting as well as his acclaimed skills in portrait painting. It is worth noticing that before his death he wrote a letter to Sir Joshua Reynolds begging him to visit the work he considered his life-times best production.

On may 23, 1810, a fire swept through the property where The Woodman was located, destroying many paintings and possesions. It is said the fire burned paintings by old masters such as Titian, Rubens, and Gainsborough.

To date, there are only a few surviving copies of "The Woodman" . The copies include a print, The Woodman by Peter Simon (painted in 1790), needlework by Miss Linwood, an oil painting by Thomas Barker, and other copies painted by unidentified artists. As mentioned in a recent study, a noteworthy source in Algernon Graves' book A Century of Loan Exhibitions, 1813-1912, which documents that Archdeacon Markham exhibited a small version of The Woodman, also painted by Thomas Gainsborough, at the British Institution in 1814. This leads us to interesting questions as to the historical origin of the painting .

Join us to become a treasure hunter and finder of talent.